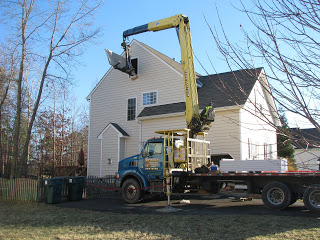 It’s a work in progress, that’s for sure.  After talking about it for years, we finally decided to bite the bullet and finish off our third floor attic space.  The biggest question over the years we have lived in our house has been, what will the space be used for?  The decision has been made, and since I now have my craft room, I haven’t any reason to complain about it being turned into a guy’s space. A man cave, if you will.  While I love the thought of the guys having their own area to lounge and make a mess, I do have some concerns. 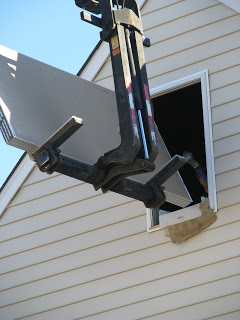 Initially, the plan was to have a large rec room that could also double as a guest space, which would include it’s own guest bath.  In addition, a wet bar was to be incorporated.  The thought of a whole extra floor of our home, including a bathroom that I would no doubt be responsible for cleaning was daunting in itself.  However, during this process, the wet bar has been upgraded to a small kitchenette area to include a refrigerator, stove, and microwave.  Yikes!  I mean, I don’t mind cleaning but I already feel like I spend enough time on this endless task! 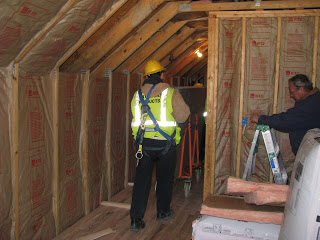 I have to say the appliance selection is pretty cool.  My husband chose a matching set, vintage 1948 Westinghouse stove and refrigerator to use in the space.

Pretty cool, huh?  The stove has a built-in deep fryer.  My husband is already planning his football party recipes.  I am already planning the location to stock my cleaning supplies to wipe up the grease! 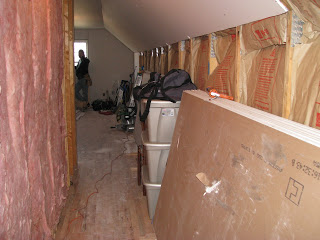 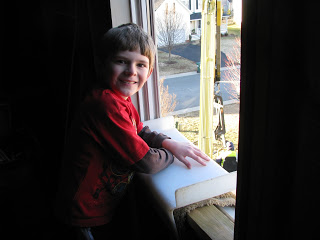 The kids had a ball watching the “boom truck” deliver the sheetrock.  It was quite an event!  My husband has allowed my son to choose the paint color for the space.  Ever wonder what happens when you let a 9-year-old boy pick out paint colors?
This. 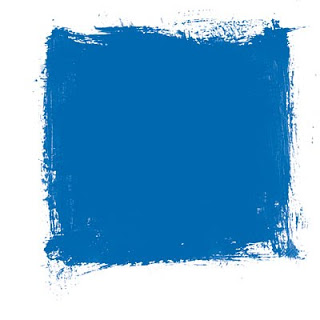 The picture probably doesn’t do it justice.  This is called “hyper blue” by Sherwin Williams.  And let me tell you, the name speaks for itself.  Little by little, my decorating plans are being eliminated.  Sigh.  It’s a man space, so what can I say?  Not much, I guess.
Tags: decorating, home renovation

Coupon deals for this week…